Source FM – February 2019
In February 2019, Sarah visited Simon Neild’s Studio-35 in Falmouth, Cornwall, to record an interview and live session for Simon’s “Inside Local Music” show on Source FM Falmouth, including three live songs and lots of chat. Click here (or use the player below the photographs) to listen back to the full 25-minute segment, including live in-studio performances of “Cot Valley”, “Time To Love” and “One Sparrow Down”, plus lots of chat in between about everything from co-writing with Gerry O’Beirne to buying a vintage 1970s floor tom on eBay. 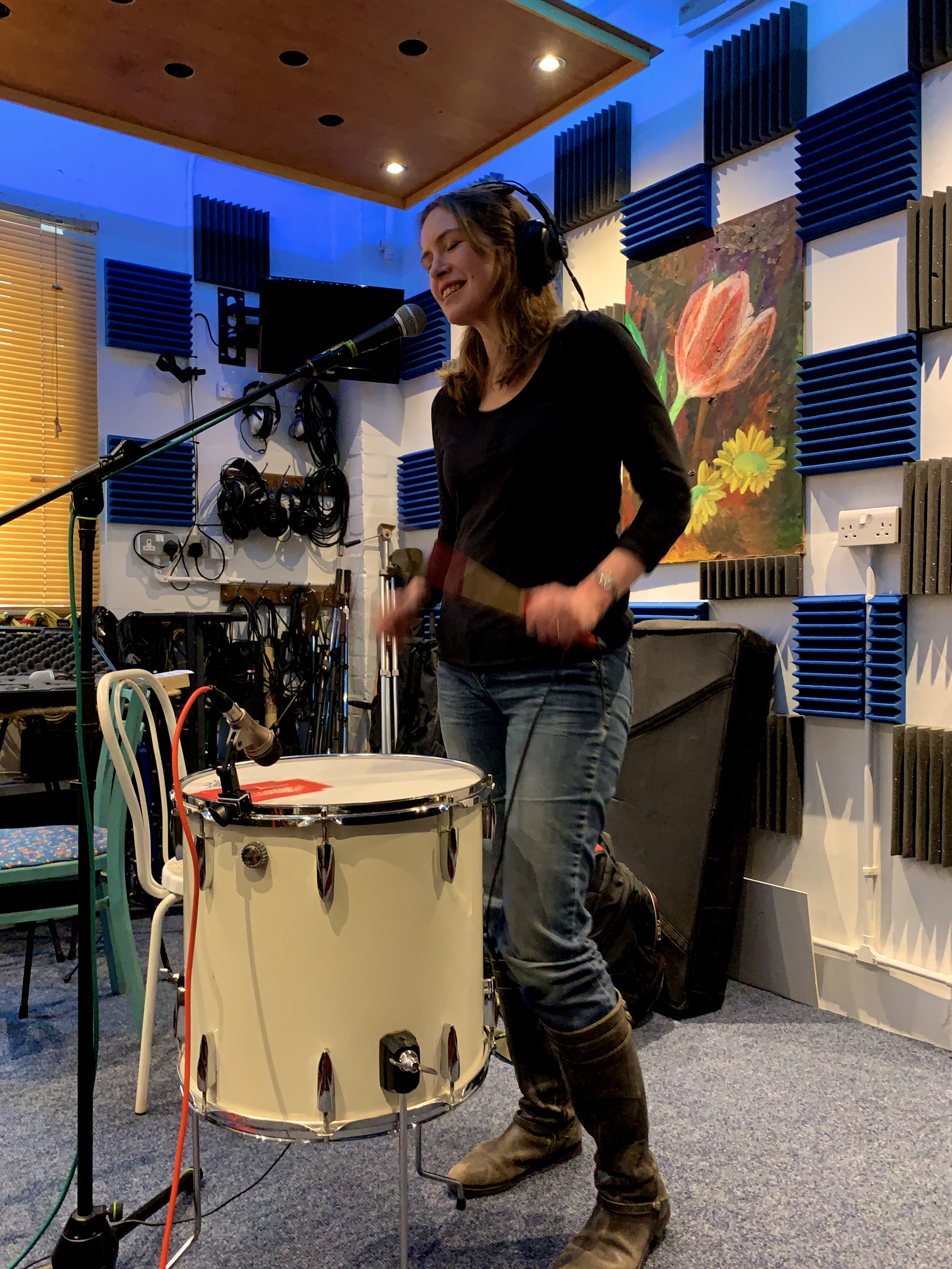 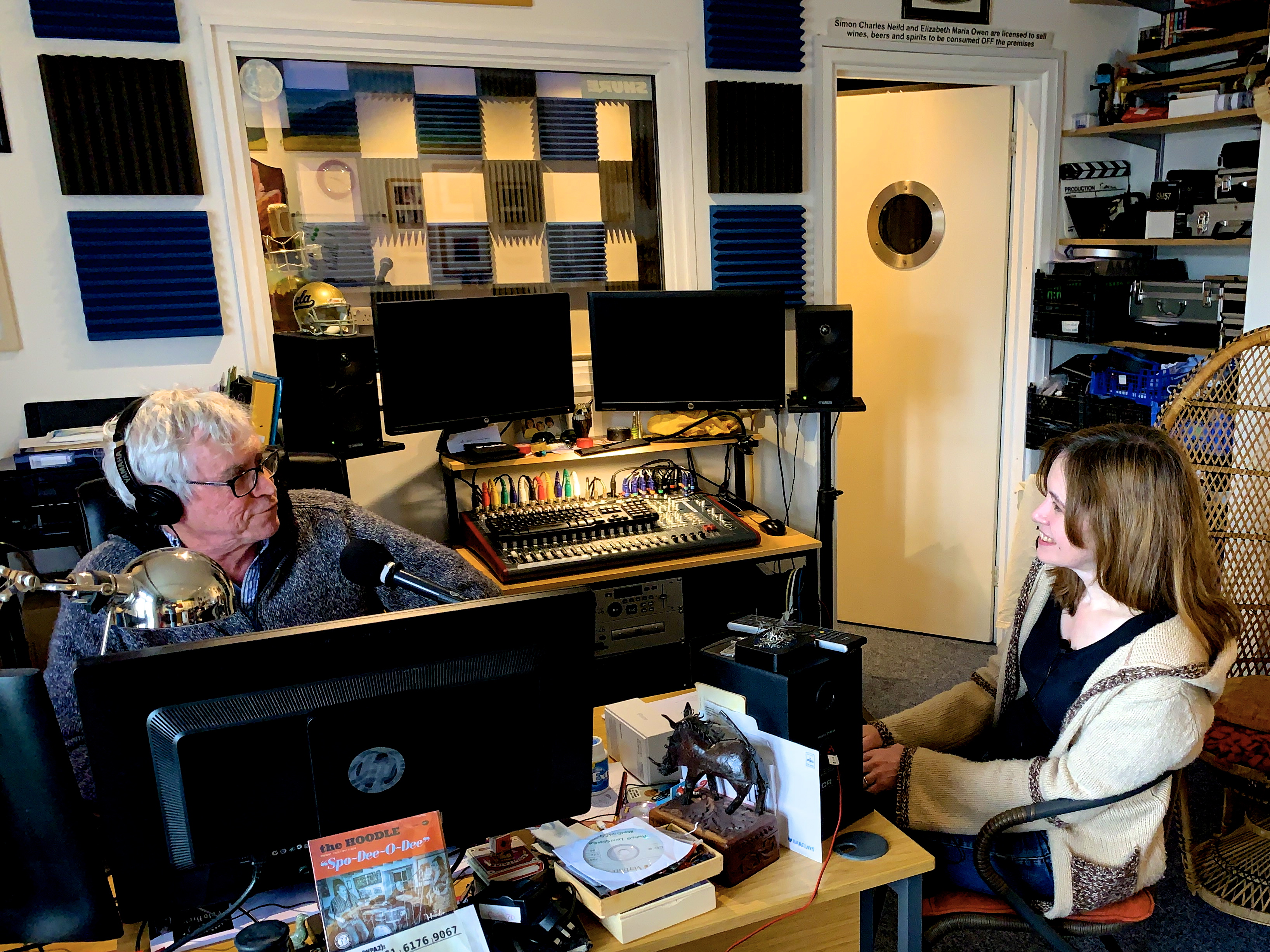 Liberty Multimedia – July 2018
Click here or here to listen back to Sarah’s interview with Dylan James Bowker, published 2 July 2018 on the Liberty Multimedia website, or use the player below. “I had a great talk with Sarah McQuaid on this LM installment,” Dylan writes. “We talked about early communal spaces for music fans in her area, sketching the art for her latest record If We Dig Any Deeper It Could Get Dangerous, the pros and cons of the modern system for musicians getting their material out there, the touring van sliding out of control on the icy roads in East Germany, track breakdowns from her latest full length album, inspiration/ writing processes, converting a shed into a studio, Sarah incorporating new instrumentation into her recordings (ie/ piano), how Sarah warning her son became the catalyst for naming her latest LP, Sarah’s proficiency with DADGAD tuning and how she imparts knowledge to people through workshops/ authoring books on alternate/ open tunings, and more!”


Glovebox LIVE – May 2018
Thanks so much to Nicholas John of Glovebox LIVE and WordSong for this lovely interview recorded at The Old Town Hall in Hemel Hempstead on 25 May 2018, in which Sarah talks about the importance of working with producers, why she likes including cover songs on her albums (and what led her to record “Forever Autumn”), and the songwriting process ...

Twirl Radio – February 2018
Click here to listen back to Sarah’s interview with Mike Lidskin of Twirl Radio on 24 February 2018, featuring two tracks from and lots of chat about her new album If We Dig Any Deeper It Could Get Dangerous – or use the player below (Sarah’s bit starts at 26:39).

Mostly Folk – July 2018
Huge thanks to Artie Martello of Mostly Folk for this lovely interview and feature! Click here to listen back, or use the player below:

Source FM – March 2016
On 31 March, 2016, Sarah was in studio for the full hour of Simon Neild’s “Inside Local Music” show on Source FM Falmouth, including three live songs and lots of chat. Click here to listen back. Thanks so much to Simon for the photo! 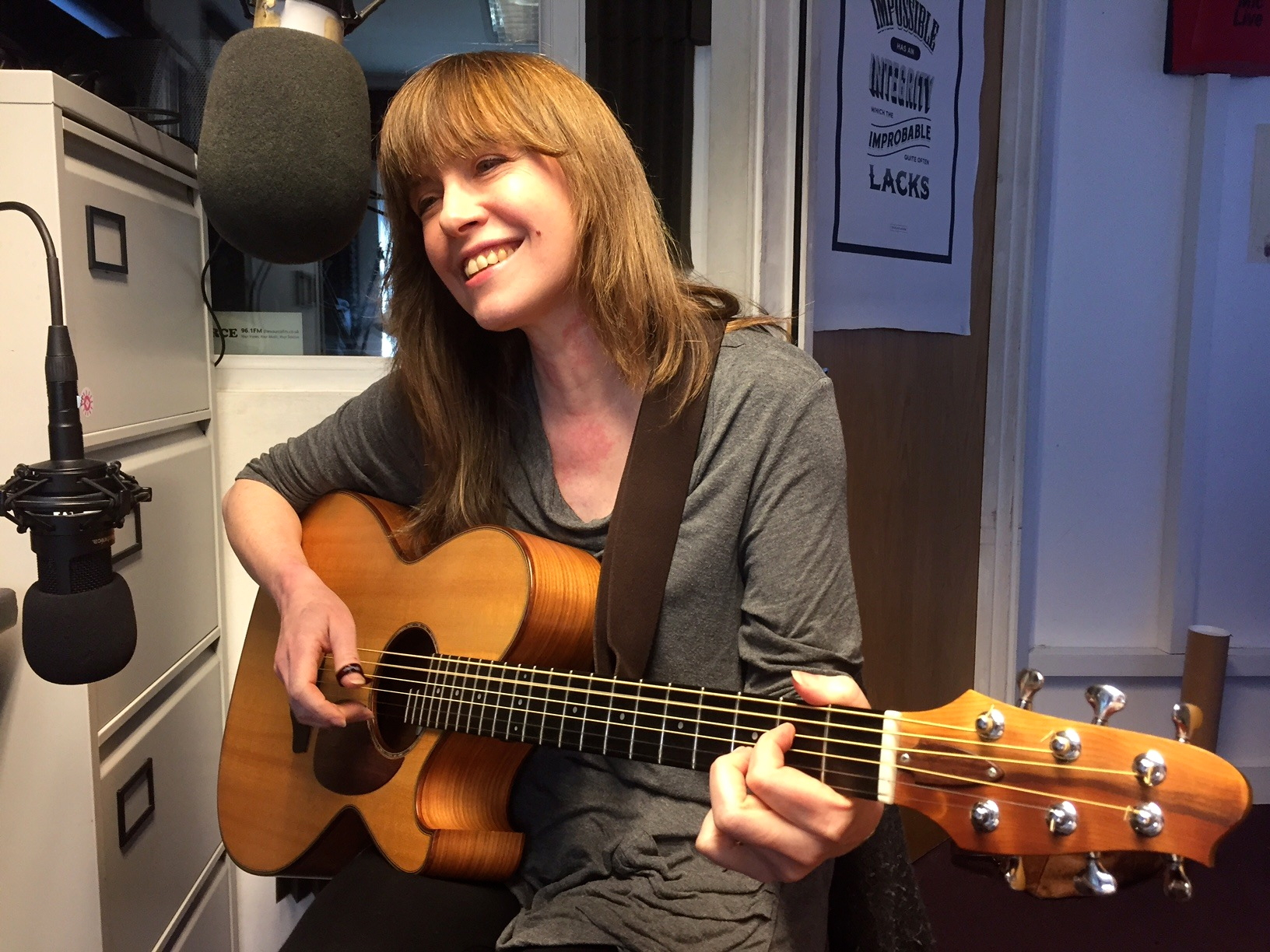 Source FM – June 2013
On 23 June, 2013, Sarah was the special guest on Source FM Falmouth’s “Have You Heard It? The Padfield and Wylie Show”, chatting with hosts Ian Padfield and Andy Wylie and performing two songs live in studio. You can listen to the full segment by clicking here.

Folkscene – December 2012
On Sunday, 30 December, 2012, a full-length live concert (two 45-minute sets) by Sarah was the special feature on Roz Larman’s well-known syndicated radio show, Folkscene. The concert was recorded by Peter Cutler on 16 October 2012 at Fiddler’s Crossing in Tehachapi, California, with Martin Stansbury engineering. Click here to listen. Now in its 42nd year of live broadcasting, FolkScene is a program of traditional and contemporary music featuring live music, interviews, remote recordings, and the finest in recorded music. Many thanks to Roz and Peter for their kind permission to publish the broadcast here.

Art of the Song Creativity Radio – October 2012
In October 2012, Sarah travelled to Albuquerque, New Mexico, to record an interview and session for Art of the Song Creativity Radio, a syndicated public radio programme heard on over 150 stations across the USA. Each show devotes a full hour to one artist or band’s music and thoughts about creative expression, exploring universal truths through interview segments interspersed with live in-studio recordings and album tracks. Previous artists featured have ranged from Janis Ian to Steely Dan’s Donald Fagen. Sarah’s interview, aired in December 2012 and including three album tracks and three songs performed live in the Art of the Song studio, is now archived online at here, along with Sarah’s more recent Art of the Song appearance aired in February 2016.